How is time perceived if we have no dedicated sensor for it? 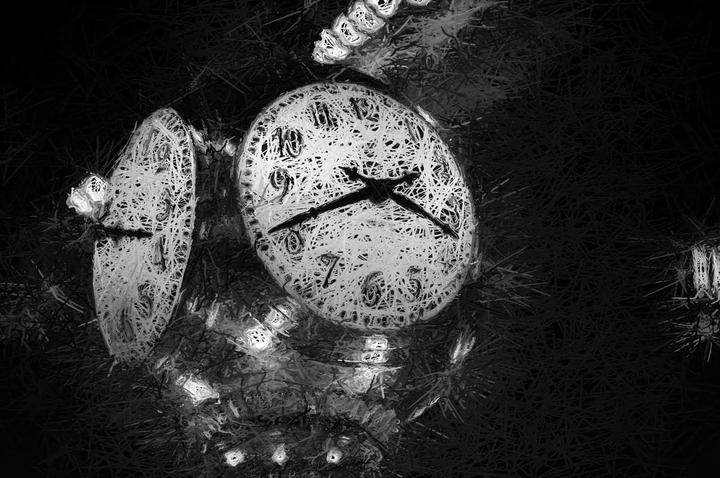 Time is a critical feature of signals arriving from multiple sensory modalities. Simultaneity between multisensory stimuli, for example, can be an indication of which signals originate from a common source, and artificially introduced asynchronies can prevent integration or can dramatically modify perception of the event. The perceived timing of stimuli is subject to several types of distortions and only seldom there is a veridical correspondence with objective timing. For this reason, subjective timing can be an open window from which to investigate the properties of perception. For example, event timing is not perceived consistently across modalities, it is influenced by our actions, it changes depending on previous stimulation, and it is also affected by the status of the observer. These influences can be exploited to investigate how multimodal percepts are created and what are the temporal constraints in the integration

Short exposure to an asynchrony between audio and visual stimuli causes similar discrepancies to appear less pronounced than they were before exposure. This phenomenon, termed recalibration of simultaneity or temporal recalibration, indicates that the perception of temporal properties of stimuli undergoes an adjustment following repeated exposure. We find that recalibration of audio-visual simultaneity can transfer to audio-tactile and visual-tactile stimuli depending on the way in which the multisensory stimuli are presented (Di Luca, Machulla, & Ernst 2009). With presentation of co-located multisensory stimuli, the perceptual latency of visual stimuli changes, whereas presenting auditory stimuli through headphones affects the perceptual latency of auditory stimuli. These findings are confirmed by changes in simple reaction time to visual and auditory stimuli. Temporal recalibration is obtained by adjusting sensory processing so that the two asynchronous stimuli are merged into one perceptual event. Such modification affects also stimuli when presented in isolation.